This website uses Google Analytics to analyze the traffic, so I have some stats to understand better who comes visiting. If you want to learn how you can control Google's use of your data, click on "Change your settings".
Change your settings / Accept and close
Toggle scanlines

For its last week of crowdfunding, The Midnight Team releases a free pre-alpha of Starxium 20XX - a multiplayer team-based car video game (05/02/2019)

For its last week of crowdfunding, The Midnight Team releases a free pre-alpha of Starxium 20XX - a multiplayer team-based car video game

The free pre-alpha demo let people try the original concept of the game: a sort of capture the point where players drive cars, and the point is a high speed convoy in the middle of a big highway. It is available on IndieDB, Itch.io and Steam. This demo aims to give a better idea of what the game is going to be on the long run for potential backers of the Kickstarter campaign.

Several modes are already available, such as the "Free Ride" one that let players drive alone to get used to the physics and try some aerial tricks. The "Custom server" and the "Solo Queue" let players join other people to play an online game.

"As the campaign enters its last week, this free demo give a good picture of the core gameplay, and even with very limited features, the community spends wonderful time mastering the mechanics and driving on the night roads!" – says Hugo Attal. "The learning curve is a bit hard at the very beginning, but players have fantastic experiences, and some even spend hours on the solo mode without goals just to enjoy the drive."

Custom multiplayer: Servers accept up to 16 players, and up to 8 teams. Even if the game should be played in 4 versus 4 on competition, any combination is possible like 8v8, 2v2v2v2 or 1v1v1.

Synthwave soundtrack: 4 synthwave titles composed for the game can be heard within the demo to give that retro feeling with 80s synths on the night roads.

An active community: A strong community is growing around the game on its discord server, playing together and giving feedback to improve the game on the long run.

A short teaser trailer is available here. Screenshots and other informations can be found on the website. To keep up with the latest news from Starxium 20XX, visit the Facebook page and the Twitter account.

PARIS, FRANCE – 04/01/2019 –– The Midnight Team is proud to announce the launch of the Kickstarter crowdfunding campaign of its first title: Starxium 20XX. An e-sport oriented video game in a retro and 80s inspired universe that is scheduled for a PC release late 2019.

The game is highly reminiscent of the 80s with its neon lit nights and boasts original synthwave music. Its strong visual and sound identity allow the game to be appreciated by a growing community of retro lovers who crave the 80s pop culture.

"Starxium 20XX was created with e-sport in mind: it’s made to be as fun to play as it is to watch" - says Hugo Attal, founder of The Midnight Team. "That’s why I developed a new genre of vehicle-based game: a 'capture the point' with a high-speed moving point. Players need to stay near a moving convoy so it’s easier for viewers to understand what is going on in the round."

Gorgeous neon aesthetics: Did you ever dream to drive fast on the 80s highway, leaving a big tron-like light trail behind you, listening to good old synth music like synthwave? This is the place!

A new genre: The game is 4v4. Strategy and communication are key in order to capture the convoy. Stay near it and throw your opponents off track.

Car Customization: Players can customize the skin of their car but also the components like the motor, the tires, the brakes, and so on… All components are made by 21 different manufacturers.

Game Modding: People can contribute to the game by creating new maps and modes. Some are already planned such as a battle royal racing mode with high speed cars.

The teaser trailer is available here. Screenshots and other informations can be found on the website. To keep up with the latest news from Starxium 20XX, visit the Facebook page and the Twitter account. 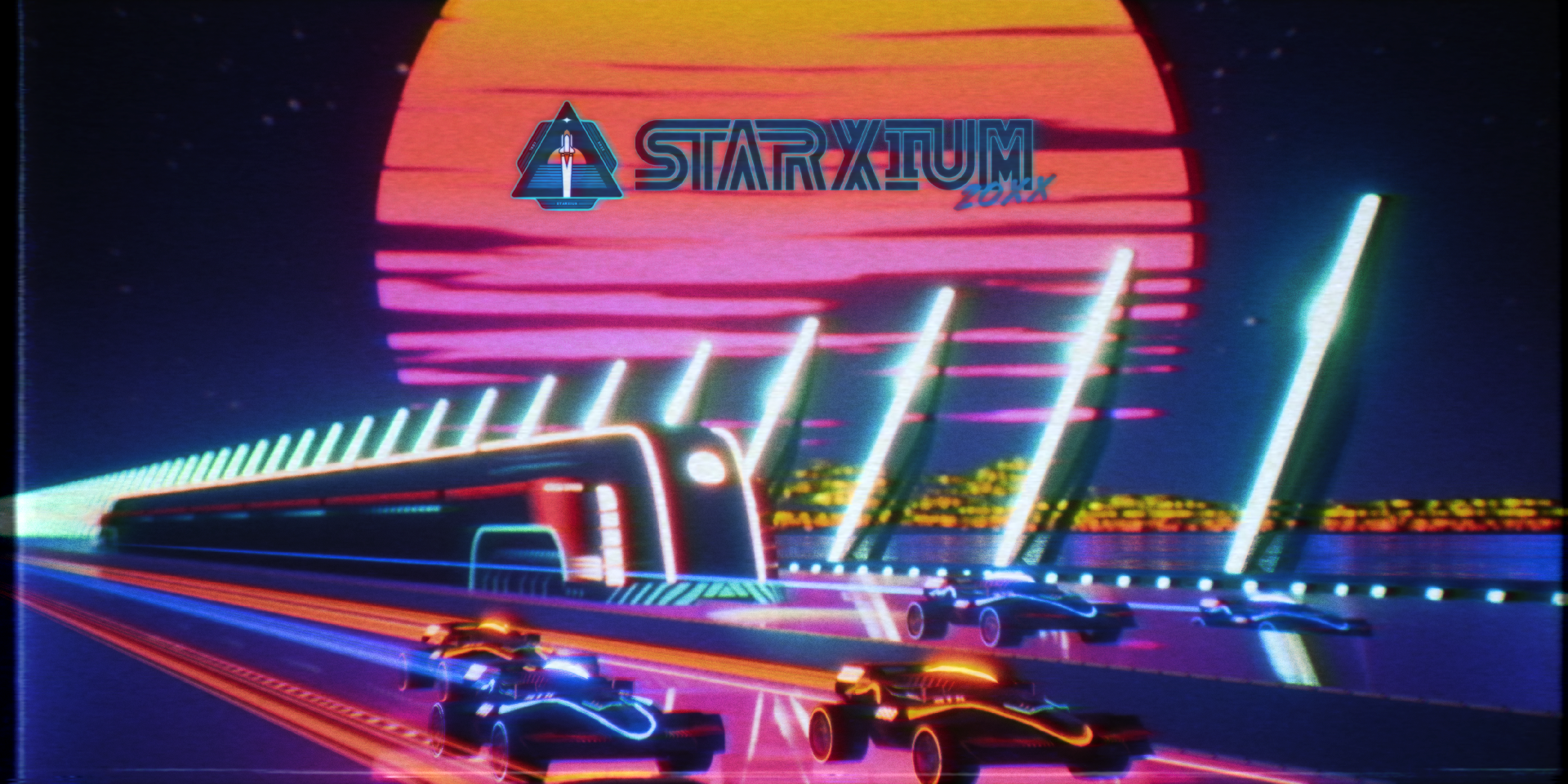 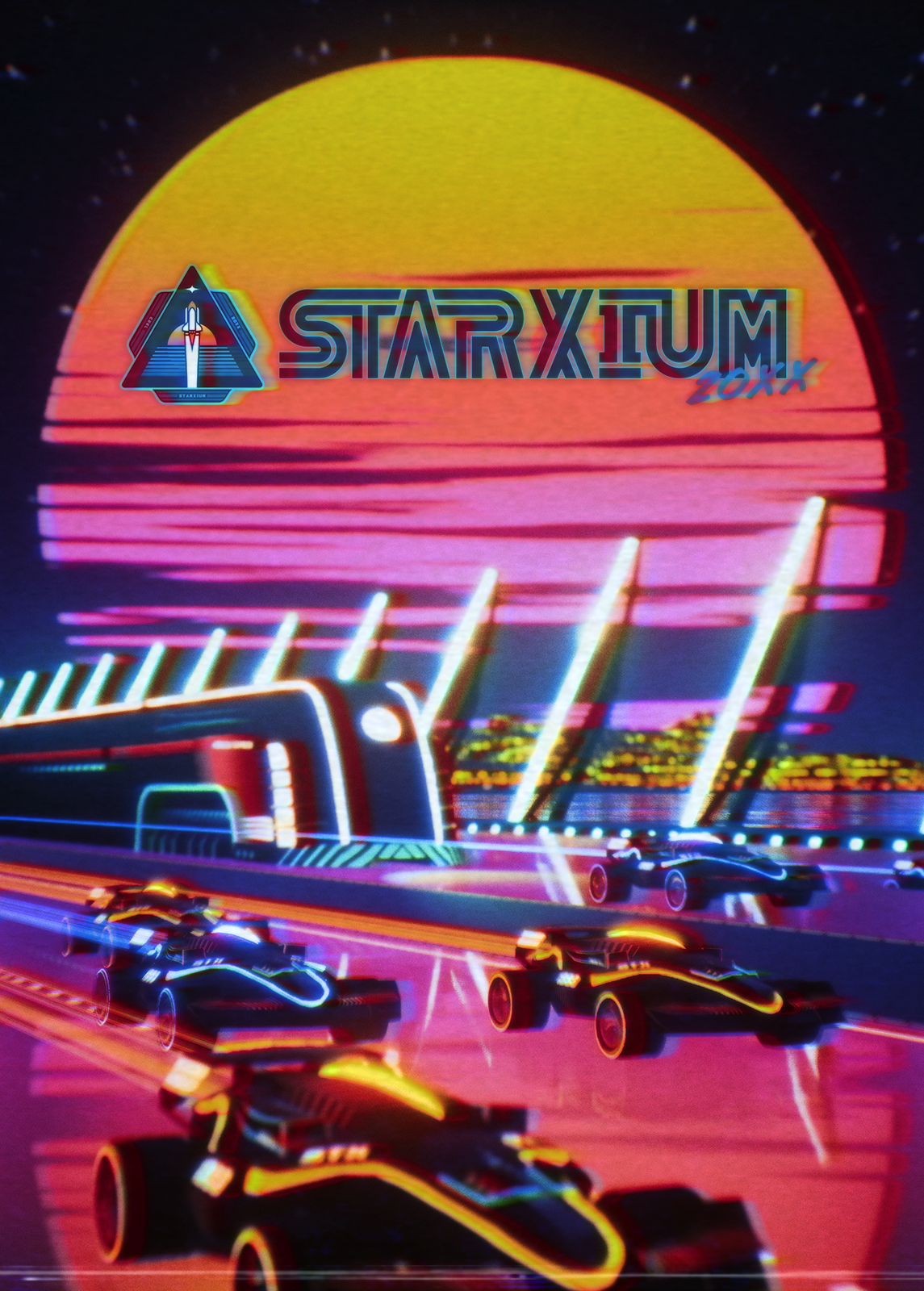 Want to be part of the journey? Drop your email to be kept posted on the big things!